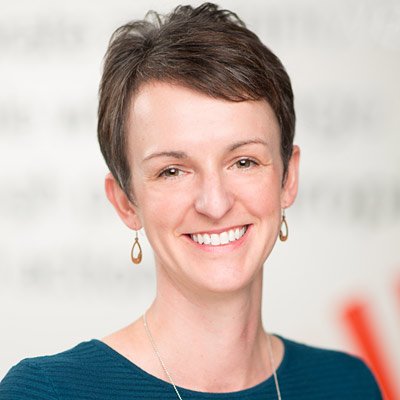 Sarah Anderson, co-owner and managing director
Sarah joined her wife Elizabeth in becoming one of the new owners of Yoga on Beacon in 2019. While Sarah practiced yoga in high school (in lieu of traditional gym class), her love of yoga was dormant until 2017 when Elizabeth encouraged her to take an Introduction to Yoga class at Yoga on Beacon. That class and her gifted teacher, Dee Hein, encouraged her to restart her regular yoga practice, and she jumped into her first 4-week, 6 a.m. immersion mere weeks later. When she’s not in the studio or running the behind-the-scenes operations, she works as a nonprofit fundraising consultant, tends her edible urban garden, and writes children’s books. She is honored to help steward the studio into its new chapter and looks forward to practicing with you. 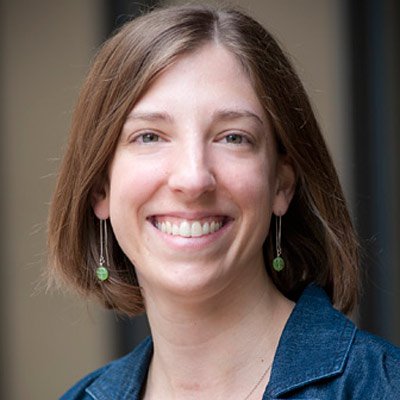 Elizabeth Dale, co-owner and creative director
Elizabeth joined her wife Sarah in becoming one of the new owners of Yoga on Beacon in 2019. She began her yoga practice while in graduate school in 2004 and has practiced in the hatha, ashtanga, power, and anusara-inspired styles since then in studios across the country. While she was initially drawn to the physical asana practice, over the years, she has developed her deep appreciation and learning of the more subtle aspects of yoga, including pranayama and meditation. When she moved to Seattle in 2015 to begin a new job, she started attending YoBe and was instantly drawn to its nourishing community and gifted teachers.

This community became all the more important after a serious health diagnosis in 2015, and she credits yoga with a pivotal role in returning to well-being. In 2018, she completed her 200-hour registered yoga teacher certification from Seattle Yoga Arts and looks forward to sharing her enthusiasm for the healing and restorative power of yoga with others. 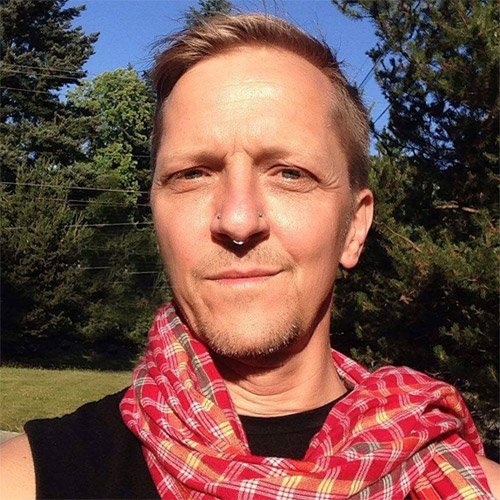 Douglas Ridings
I began my study of yoga in 1993 with Kathleen Hunt and completed teacher training at Samadhi Yoga in 2000. I have been teaching at 8 Limbs Yoga centers in Seattle under the guidance of Anne Phyfe Palmer and Melina Meza since 1999. Subsequent studies with A.G. and Indra Mohan, Robert Svoboda and Aadil Pakhilwala have been brief but influential.

My classes are informed by traditional Raja and Hatha yoga techniques and by my background in dance and other movement forms such as martial arts and dynamic meditation. I would like my classes to be a place where people can harness the power of their senses, focus their minds and experience a state of Samadhi. I hope this can support a longer-term practice of cultivating a balanced and illuminated quality of mind. Offering clear instruction and unusual challenging sequencing that cultivates mental focus and integrated strength without strain, I emphasize customizing a practice to suit individual needs and bodies. 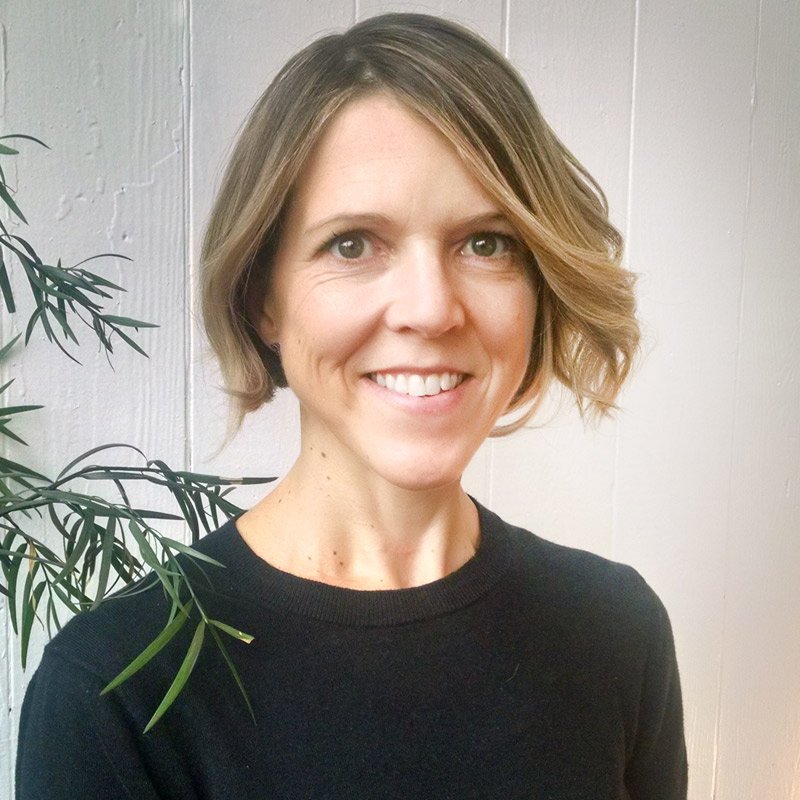 Julie Fournier
Julie started studying yoga in Nepal before completing her 200 hr teacher training at The Samarya Center for Integrated Movement Therapy in Seattle in 2013. Julie wishes to inspire students to connect with their own experiences in a simple and mindful way and to open the practice of yoga to everyone. She started working with specialized populations (MS, spinal cord injuries) in 2013 and trained at Mind Body Solutions in Minnesota on adapting yoga for disability. Julie is keen to explore how yoga can help empowering people living with disability, trauma, illness and aging. She currently offers all levels and gentle classes at various locations in the Seattle area as well as adaptive yoga and private tuition for people with reduced mobility. Her teaching is influenced by more than 10 years of experience living and working abroad, interacting with individuals from different cultural backgrounds and conditions and her interest in mindfulness practice. 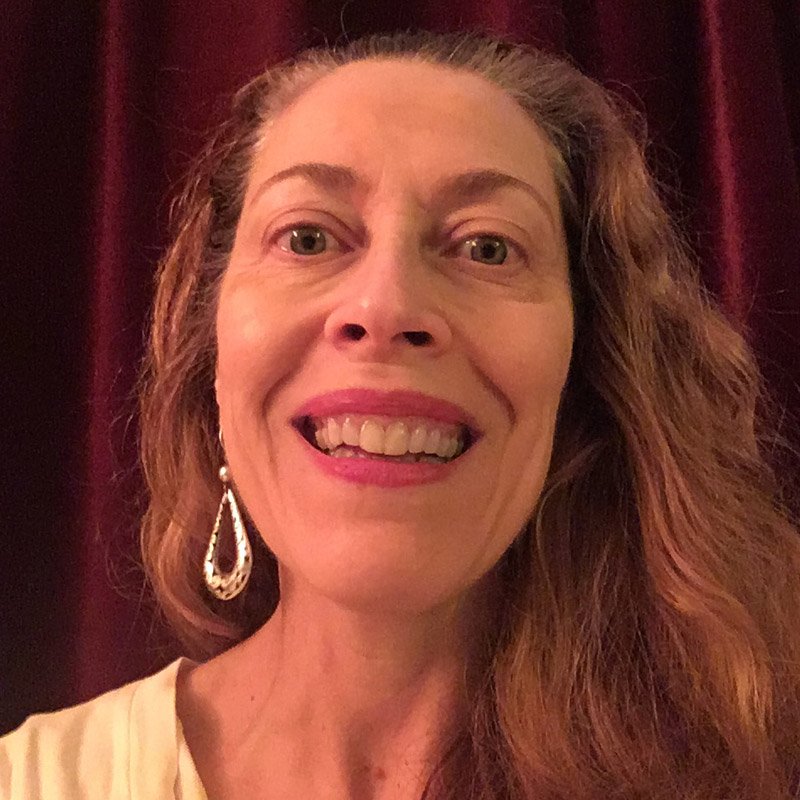 Kathleen Hunt
Seattle born Kathleen Hunt has had a lifelong passion for movement. After graduating with a BA in Dance from the University of Washington, she went on to produce/ choreograph/perform and collaborate on numerous dance productions. 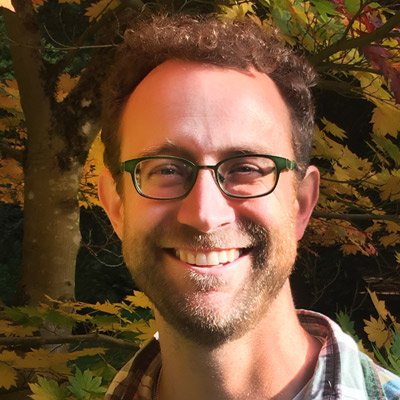 Peter Lynch
Peter began practicing yoga after a New Year’s resolution in 2000.  He initially practiced Bikram ‘hot yoga’ and found the intensity not only benefitted his health, but helped him focus his mind and better navigate his heart. After exploring a diversity of styles in Seattle, he eventually pursued teaching as a part of his practice, receiving RYT 200-hour certifications from both Samadhi Yoga (2010) and Seattle Yoga Arts (2013).  Peter’s teaching style reflects his passion for yoga as a way to connect to the joy of corporeal expression.  Yoga is a practice of awareness and offers the opportunity to expand consciousness to all corners of the lived experience. He enjoys blending hatha, vinyasa and a variety of other styles of yoga in his classes and also teaches specialized classes for people with Parkinson’s Disease (www.yogaforpd.com). He teaches regular classes in studios, workplaces, residences and hospitals in the Seattle area.  Peter also holds a B.A. in Anthropology from Pomona College. 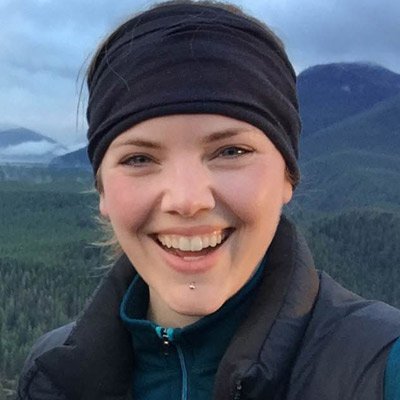 Terika Raak
Terika Raak was first drawn to yoga in 2011 as a different way to exercise while increasing her flexibility, yet she soon found yoga to be much more than what she expected. In 2009 she completed her seminary education, receiving her Masters of Divinity. A year later she became the first woman to be an ordained minister in her denomination in this region of the country. Her connection to something holy/beyond herself has always been a deep part of who she is and how she interacts with the world around her, providing an undercurrent to her teaching. Her desire to deepen her understanding of all the aspects of yoga led her to immerse herself in to the 8 Limbs yoga teacher training program in 2016. She is thrilled to have the opportunity to offer to others what has become such an important aspect to the foundation of her life now. She brings her inquisitiveness, playfulness, and soulful connection to her teaching, offering challenges and contemplations for both on and off the mat. Terika has been the assistant manager at YoBe since 2015 and is excited to expand her role through teaching to the amazing YoBe community 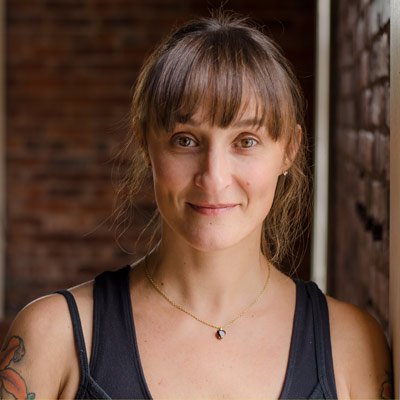 Jonna Duvernoy
Jonna teaches traditional, straightforward and smart Yoga classes. Teaching since 2000, she is a skilled and experienced instructor. The strength of Jonna’s teaching lies in her attention to detail and her compassionate approach to individual needs. Her intuitive ability to see how structure and form work together in the body leads her to many insights for those who take her classes. Jonna offers a skillful and strong practice and hopes that each student will walk away with a deeper understanding of themselves and the yogic path. 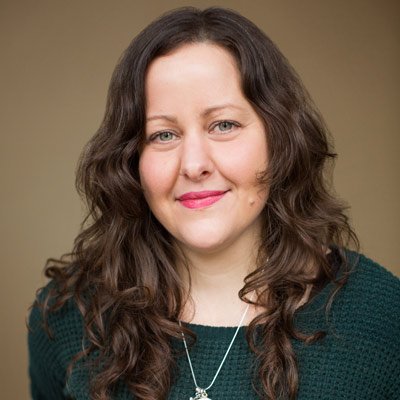 Lauren Kile
Lauren’s interest in human movement, functional and expressive, is organic to her system and she brings a contagious curiosity about what animates people to her classes. She began practicing yoga asana in 2006 while searching for a way to expand her meditation practice and reconnect with her body after a hiatus from studying dance. Her classes are a combination of hatha and vinyasa and she holds the intention of creating space for people to connect with their guiding wisdom through traditional yogic practices as well as intuitive adaptations for modern times. Lauren pursued her 200hr teaching certificate through Samadhi Yoga in 2012 and her primary influences have been Kathleen Hunt, Eiric Orvid, Steve Davis, Yvonne Croteau, and Troy Lucero. When not at YoBe, Lauren works at Somatic Pathways West providing Somatic Coaching and Mindful Movement Training (somaticpathwayswest.com) or is likely enjoying nature, her personal reflective and movement practices, and connections with friends. 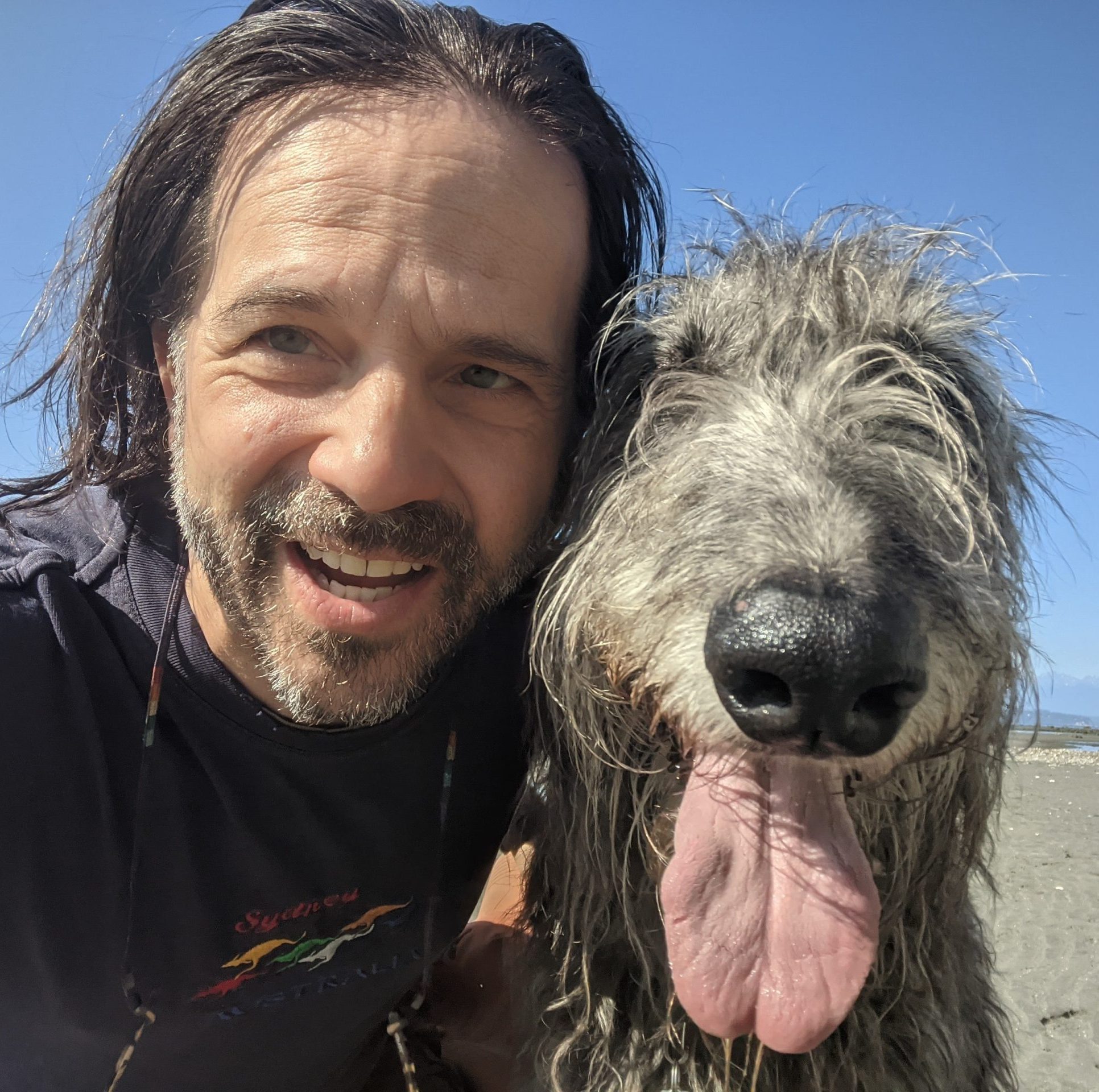 Stephen started practicing yoga in 2001 in Seattle under the guidance of his first teacher, Matt Meko.  After years of looking for ways to heal from various injuries and health challenges, he found a great deal of relief in the breath practices of pranayama. Stephen decided to take his yoga practice deeper by studying at Lotus Yoga School in Columbia City. He earned his RYT 200-hour certification in 2017 and is currently completing the 500-hour certification with Lotus. Stephen is registered with the Yoga Alliance.

Stephen offers private and group classes. He teaches at the Lotus Yoga Studio, Yoga on Beacon and Tukwila Village Senior Center among other venues.  His classes happen on the mat, in the chair, online and sometimes in the park! Stephen also teaches Goat Yoga at the Wobbly Ranch in Snohomish when classes are in session. When he is not teaching yoga, he can be found wandering the neighborhoods of South Seattle with groups of dogs on leash or teaching students French and English! 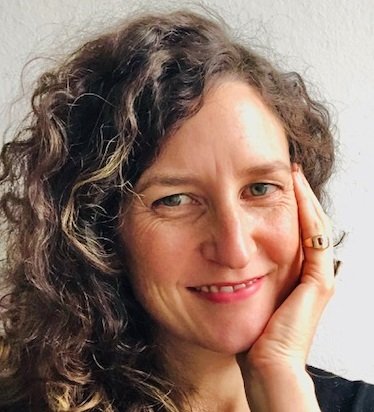 Kate completed her yoga teacher training in 2003 through 8 Limbs Yoga Centers and began her teaching career at the original Yoga on Beacon location. Drawn to alignment-based practice, she made her way to The Rolf Institute in Boulder, Colorado to continue her education. She completed her training as a Rolfing® practitioner in 2009 and has owned and operated Upright Rolfing ever since. In 2016 she went on to complete her advanced training, where she deepened her understanding of the body as a whole expression. She finds the blend of bodywork and yoga to be a complementary union. A longtime resident of Beacon Hill, she recently moved her office to Columbia City and is excited to teach in her community.
Kate teaches with the intention of integration – both structural and energetic. As a Certified Advanced Rolfer, she is always looking to help students find their most whole and integrated self.  Kate encourages students to choose curiosity and awareness over habit and assumption, meeting each moment with genuine authenticity. 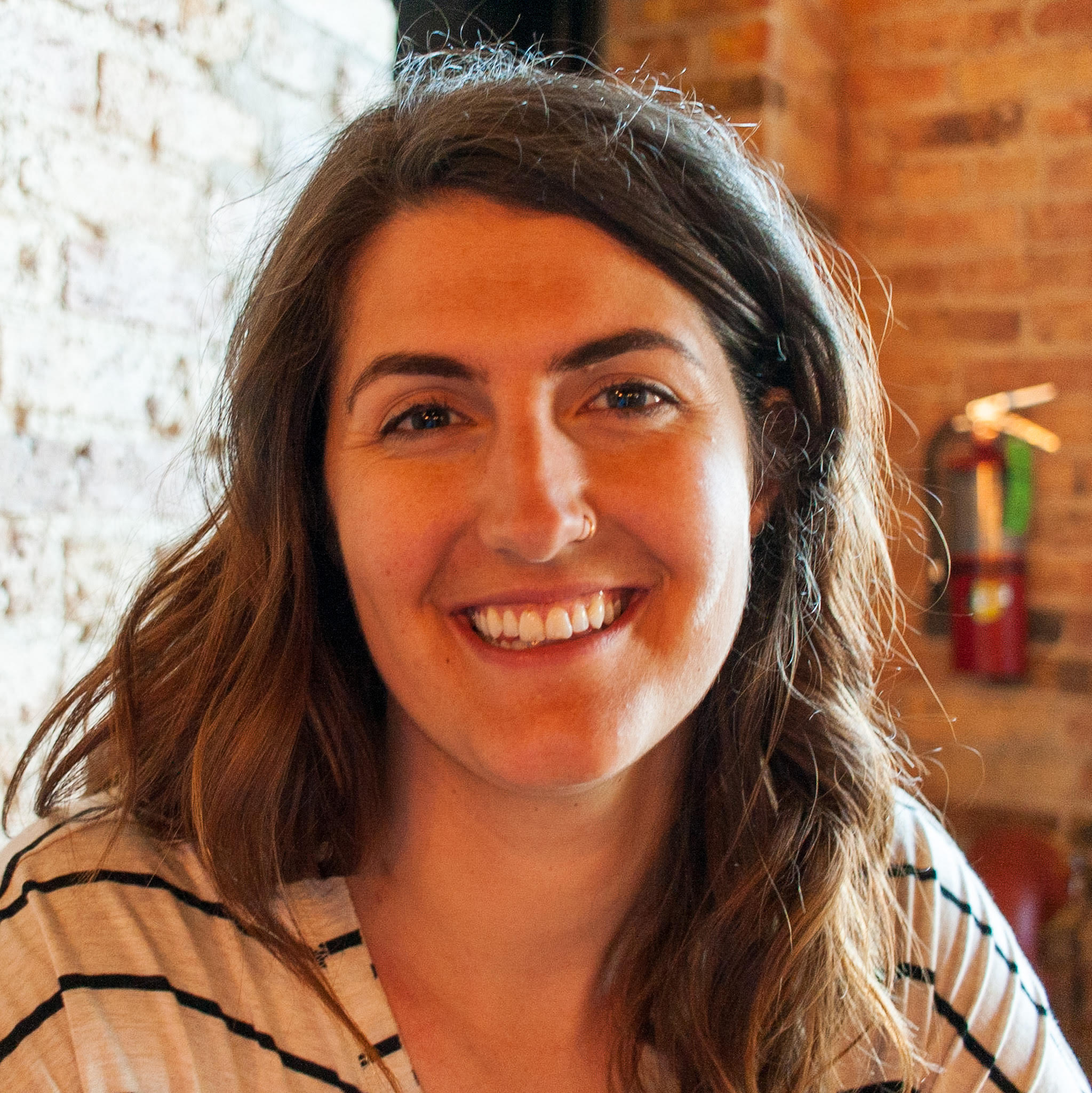 Lauren Morgenthaler
Lauren was first drawn to yoga in 2013 as a way to help ease pain and help stabilize a college rowing injury. She initially started with hot yoga as a way to be warm in the cold Chicago winters but found she equally enjoyed other styles of yoga, such as ashtanga, power, and anusara-inspired classes. As a social worker, Lauren wanted to learn how to incorporate yoga asana and principles with her patients and completed her 200-hour teaching certification through Seattle Yoga Arts in 2018. She is inspired by the anusara method and hopes to weave a balance of ease and effort, awareness, and compassion to each yoga class she teaches. 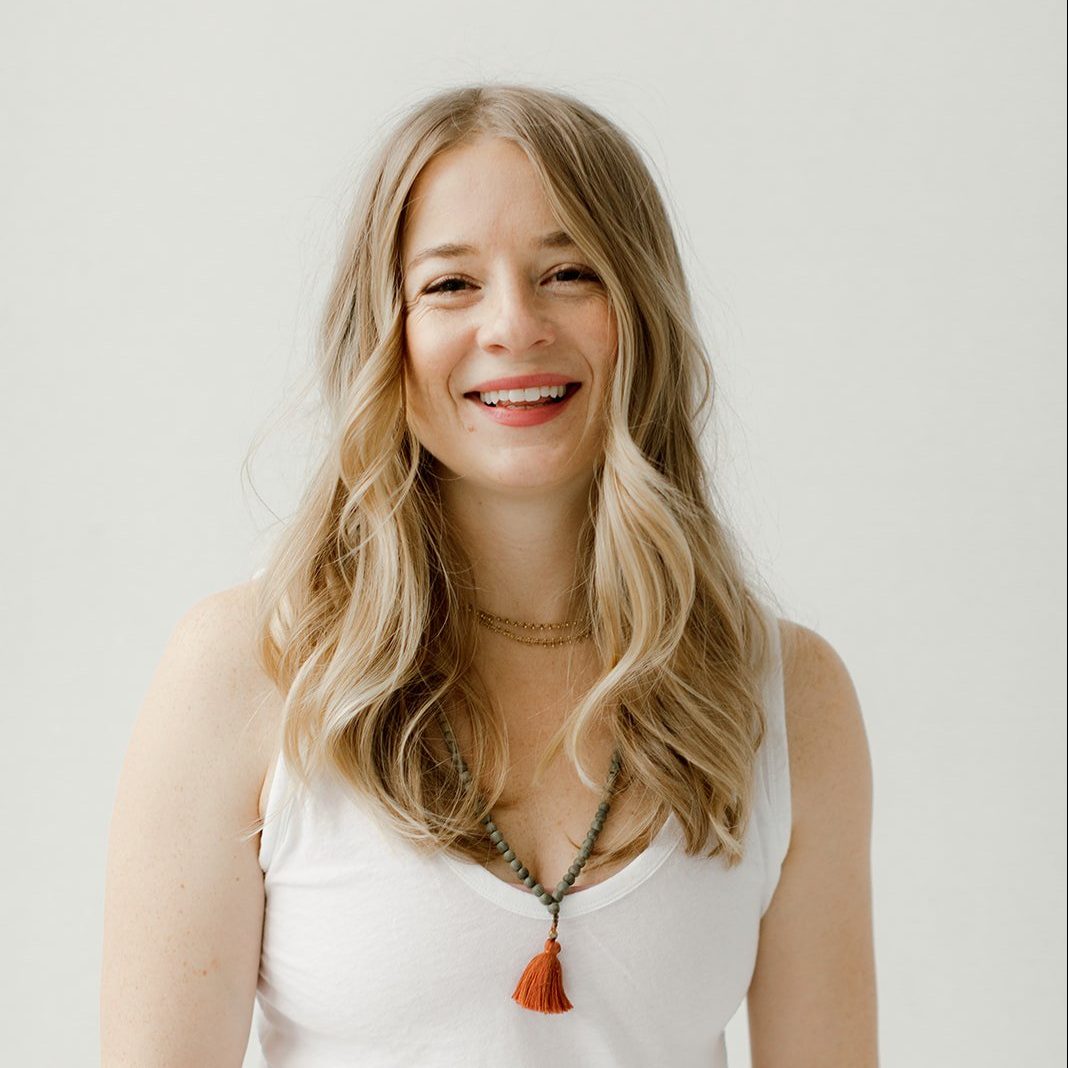 Julia’s yoga practice began in 2006 and quickly became an integral, evolving part of her life. Initially drawn to the challenge of fierce, powerful flows, she felt the inherent meditative qualities of conscious breath and the moment to moment changes in sensation. Since, she has cultivated practices of yin, restorative, yoga nidra and mindfulness meditation while feeling more and more like she is just dipping her toes in. Aspiring to be a lifelong yoga student, she loves studying ancient philosophy and modern research and attempts to offer morsels of her exploration in every class.

Julia leads a breath centric, grounding practice, weaving in readings, music, and an occasional bad joke. Julia received her 200 hr RYT from the Grinning Yogi in 2016. She is currently studying under Jack Kornfield and Tara Brach in the Mindfulness Meditation Teacher Certification program, class of 2023, and has completed Hip, Spine & Mental Health intensives towards her Yoga Medicine 500 hr RYT. She’s also studied yin yoga with Bernie Clark and Diana Batts, restorative yoga with Jules Mitchell, and trauma informed yoga through Yoga Behind Bars, as well as weekend intensives and workshops with many more.

As of Jan. 1, purchases and virtual bookings will no longer be possible using the FitDegree app on Apple devices due to a change in Apple’s policies. If you have been using an iPhone or iPad app to book classes, you can visit our schedule page or our page on FitDegree’s web-based app via your browser to book instead. You can also save either of these pages to your Apple device’s home screen so it functions like an app and gives you easy access to booking and purchasing. (Learn how to add a website to your home screen via this video.)